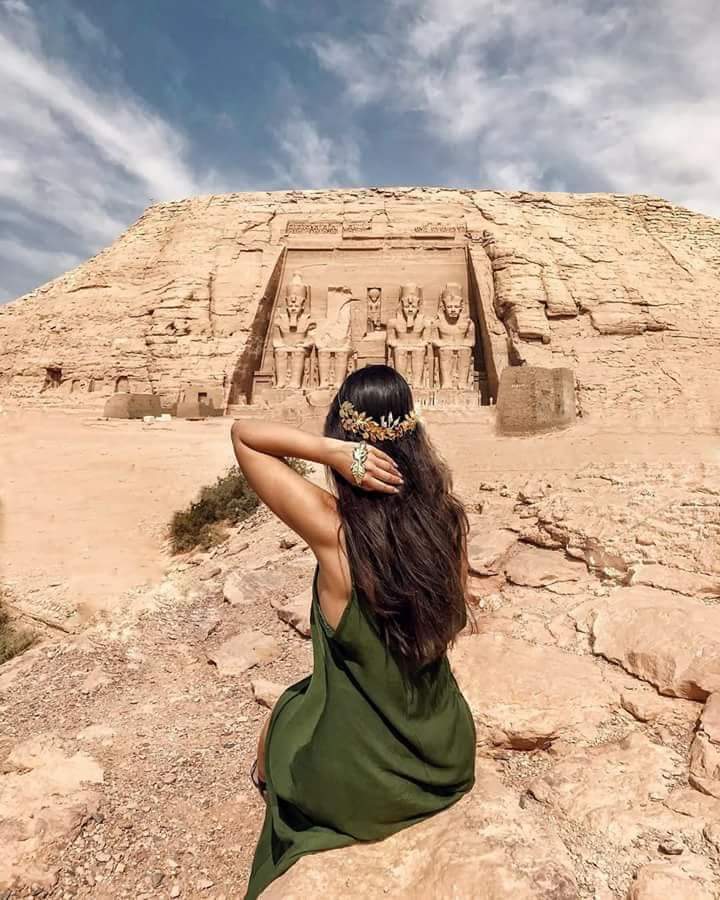 Day 1: Arrival Cairo
Welcome to Cairo, Egypt (Around The Clock)
Your tour manager will meet and assist you at Cairo International Airport (Arrival procedures) and then he will escort you to the hotel by exclusive air-conditioned deluxe vehicle. At hotel the tour manager will assist with a smooth check-in and review your holiday itinerary with you to establish and confirm pick-up times for each tour. Overnight in Cairo.
Meals: Welcome Drink

Day 2: Giza Pyramids – Saqqara – Memphis.
You will be picked up from your hotel by our representative, to enjoy a great excursion to The Pyramids of Cheops, Chephren and Mykerinus. Then proceed to visit the Great Sphinx, which dates back to the time of Chephren and visit to the Valley Temple.
Move to visit the Step Pyramid of Zoser, the world’s oldest major stone structure. It was built in the 3rd Dynasty for King Djoser. Then Proceed to have your lunch at local restaurant. After that transfer to Memphis which was founded by King Menes, and was the capital of Egypt during the Old Kingdom, it was considered to be a center of rule and culture for over 3000 years the first capital of Egypt, and see the Statue of Ramses II and the alabaster Sphimx of Memphis. Drive back to your hotel, Overnight in Cairo.
The tour includes a visit to a carpet school where you will discover how handmade carpets are produced. You will also have the chance to visit the Perfume Palace and Papyrus Institute if you prefer.
Meals: Breakfast & Lunch.

Day 3: Egyptian Museum / Aswan
Cairo – Aswan. Today we embark on a guided tour of the Egyptian Museum, acclaimed for its treasures of King Tutankhamen and his famous solid gold funerary mask. Then we offer an optional visit to the exotic Khan el Khalili Bazaar. Later there will be a chance to have dinner before the overnight train to Aswan, 1st class recliner seats. Sleeper cabin upgrade available. Overnight – Seated Train
Meals: Breakfast, Lunch.

Day 4: Aswan Sightseeing
Upon arrival, you will be met and taken to visit grand High Dam – an impressive feat of engineering which resulted in the creation of Lake Nasser, and the then Unfinished Obelisk Next we enjoy a boat trip to Agilika Island where we visit the Temples of Philae,
Which is dedicated to the goddesses Isis and Hathor. Sail and move around Elephantine Island by a felucca boat. Spend the rest of the day at leisure; shop in the colourful souqs or simply kick back and relax.
Back at the hotel there will be time to rest and recuperate before departing in the early hours of the morning on our coach journey toward the Temples of Abu Simbel. Here we will await the first rays of sunlight to touch the temple gate signifying the start of the Sun Festival of the mighty King Ramses II. Overnight – Hotel/Coach Journey to Abu Simbel
Meals: Breakfast, Lunch.

Day 5: Sun Festival at Abu Simbel Temples
22 October, breakfast box, at early morning your trip to Abu Simbel Temples will start. It takes about a 3 hour and half drive one way from Aswan to Abu Simbel by a private air-conditioned vehicle. Upon arrival at Abu Simbel, enjoy the most awe-inspiring temple of all ancient Egypt, with its gargantuan rock-cut façade, the great Sun Temple of King Ramses II at Abu Simbel was created to revere the mighty pharaonic ruler King Ramses II. Ramses the Bold, Ramses the Great, Ramses the Narcissist are perhaps all apt titles for one of ancient Egypt’s most powerful rulers. Celebrating a life that spanned nearly a centenary, Ramses had plenty of time for his more than 200 wives and concubines who produced him some 96 sons and 60 daughters.

Built by Ramses II to demonstrate his political clout and divine backing to the ancient Nubians, Abu Simbel is an awesome self-tribute. Guarding the entrance to the temple (built between 1290 and 1224 BC) hewn into the side of a mountain are four famous colossal statues of the pharaoh himself, which sit majestically staring out across the desert. Over the centuries, the desert sands imperceptibly shifted until the temple was all but lost to humanity. It was rediscovered by chance in 1813 by a Swiss explorer called John Lewis Burkhardt. Only one of the heads of the pharaohs was showing and only a small part of the rest of the colossal temple peeked above the desert sands. It wasn’t until the British happened upon Abu Simbel and starting excavating, that the full glory of the temple of Abu Simbel was revealed to the modern world.

The temple was dedicated to the deified Pharaoh, King Ramses II, known also as the great builder and the gods Amun-Re, Re-Herakhte and Ptah. In a fit of precision and architectural egotism, Ramses II had the entire temple precisely positioned in order for the sun’s rays to align just twice a year, on the date of his ascension to the throne (21 February) and on his birthday (21 October) to illuminate the inner sanctum of the temple. This incredible natural phenomenon provides for a most spectacular sight, which has come to be referred to as the Sun Festival of King Ramses II. Crowds pack into the temple before sunrise and watch the shafts of light slowly creeping through the rock hewn inner Hypostyle Hall (replete with further statues of the king) and through to the Sanctuary. As we are lead through the temple there will be time to pause for a moment to watch the sun illuminating the statues of Amun-Re, Re-Herakhte and Ramses the god, whilst the statute of Ptah – the god of darkness – remains in the shadows.

Famously, the temple was re-located in a multi-million dollar operation in 1972, further up from the shoreline of Lake Nasser, which had threatened to erode the foundations of this monolithic temple complex. For this reason, the sun now strikes a day later than Ramses had originally planned, though the event this morning itself is no less stunning. After the event, there will also be plenty of time to explore the Sun Temple of King Ramses II, the Temple of Hathor and take plenty of pictures.
Upon returning to Aswan around noon we board our Nile felucca for a 2 night voyage downstream on the River Nile. Spend the afternoon relaxing on the deck and watching scenes of everyday life on the riverbanks.

If sailing by felucca is not your style, consider upgrading to a 5 star luxury Nile Cruise with our Nile Cruise Upgrade. Overnight – Felucca Cruise.
Meals: Breakfast, Lunch & Dinner.

Day 6: Sailing the Nile.
Relax, go for a swim or just chill out in the sun on deck. Let your troubles melt away, as the felucca plies its route and Egyptian life carries on all around you. Overnight – Felucca Cruise.
Meals: Breakfast, Lunch & Dinner.

Day 7: Kom Ombo – Edfu – Luxor.
Early morning after breakfast we will disembark in Kom Ombo we visit the temple before travelling to the Temple of Horus at Edfu, a huge complex that began construction in 237 BC. We then continue driving to Luxor, enjoy some rest and relaxation. Tonight, an optional visit to the Temple of Luxor is available; alternatively enjoy the facilities of our hotel. Overnight in Luxor.
Meals: Breakfast, Lunch

Day 8: Valley of the Kings – Hatshepsut – Colossi Memnon & Karnak Temple.
Early morning (an optional hot air balloon ride early this morning before exploring the West Bank of the Nile) our representative will pick you up from your hotel in Luxor and transfer to the west bank where you will visit the Valley of the Kings, the magnificence of the grandeur of architecture which was used for burial, there are many kings buried in this valley. The most known tombs are King Tutmosis I, Tutmosis III, Tut-Ankh-Amon, King Ramssess VI, King Mrenptah and AmonhotepII. Move on to visit the Temple of Queen Hatshepsut, which was built by Queen Hatshepsut, daughter of Thutmosis I, who ruled Egypt about 20 years during the 18th Dynasty (approximately 1490-1469 B.C), the only pharaonic woman who reigned ancient Egypt. You will pass by the colossi of Memnon which are remains of the mortuary temple of Amenhotep III. Continue driving to the east bank of Luxor to enjoy having your lunch at a local restaurant, before moving to visit Karnak Temples, the greatest example of worship in the history, dedicated to the God Amon, his wife Mut and their son Khonsu. we return by overnight train to Cairo. Sleeper cabin upgrade available. Overnight – Seated Train.

Breakfast aboard sleeper train before arriving Giza train station, where you will be met and assisted by our representative who will transfer you to your hotel for free time at leisure( you will check into your room as early as possible ) with some optional excursions available in Cairo to visit Step Pyramids of King Zoser in Sakkara and Memphis. Overnight stay at your hotel in Cairo.
Meals: Breakfast

Day 9: Arrival Cairo and Final departure
October 26 arrive into Cairo, and hotel check-in for day use rooms. The remainder of the day is free time for you to further explore or relax by the hotel pool. Included departure transfer to the airport later today in time for your international flight.

NB1: Please ensure that you book a flight departing Cairo after 1pm. This will allow sufficient time to travel from the train station to the airport for those departing early. Alternatively consider booking a night of post tour accommodation. Contact us for further details.

NB2: In case you want to spend extra night just inform use in order to organize that, in this case also there is an optional day tour to visit Coptic & Islamic Cairo to discover a new type of civilization.
Meals: Breakfast

NB: In case you don’t want to use Train as a transportation from Cairo to Aswan & from Luxor to Cairo, just inform use in order to organize it & tell you how much you have to pay extra for Domestic Flights and Extra 2 night, one night in Cairo and one more in Luxor instead of Train.

Tour Guide:
Egypt guided tours are highly recommended and our guides are knowledgeable Egyptologist guides who have academic qualifications to make your tour to Egypt extra special.

Transport:
Vehicles are new branded air-conditioned with a professional driver, but drivers in Egypt do not speak English and they cannot act as tour guides for the Egyptian monumental sights.