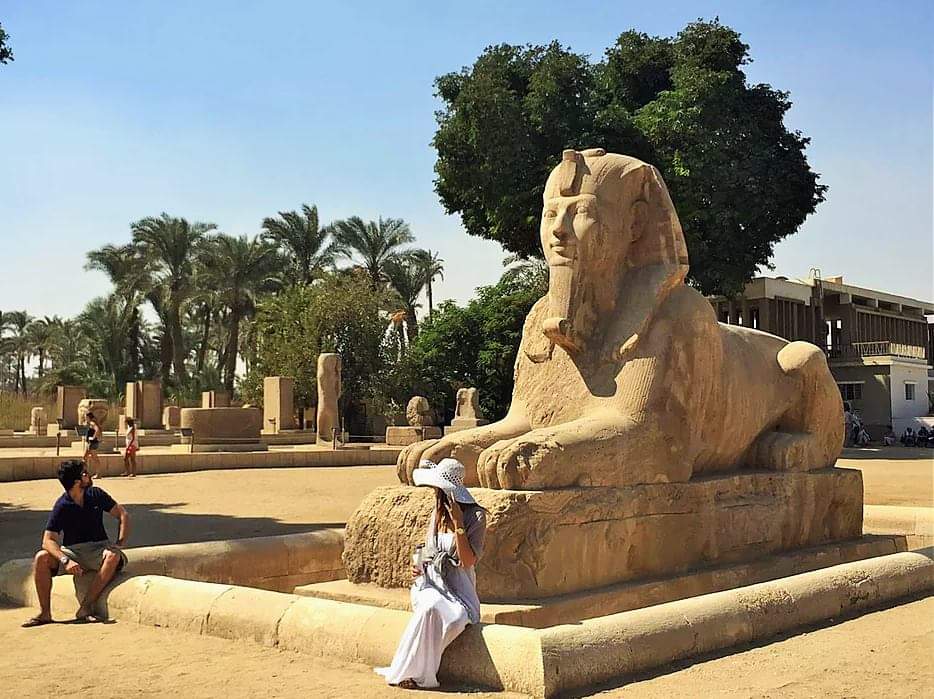 A wonderful collection of history is waiting for you. You will visit Egyptian Museum, The museum displays a rare collection of 5000 years of art, and then discover Islamic and Coptic Cairo by visiting Mohamed Ali Alabaster Mosque inside the Citadel of Salah El Din . Head to Old Cairo to visit the Hanging Church, Abu Sirga.

You will be picked up from your hotel by our representative, to enjoy a great excursion to The Pyramids of Cheops, Chephren and Mykerinus. Then proceed to visit the Great Sphinx, which dates back to the time of Chephren and visit to the Valley Temple.

Move to visit the Step Pyramid of Zoser, the world’s oldest major stone structure. It was built in the 3rd Dynasty for King Djoser. Then Proceed to have your lunch at local restaurant. After that transfer to Memphis which was founded by King Menes, and was the capital of Egypt during the Old Kingdom, it was considered to be a center of rule and culture for over 3000 years the first capital of Egypt, and see the Statue of Ramses II and the alabaster Sphimx of Memphis.

The tour includes a visit to a carpet school where you will discover how handmade carpets are produced. You will also have the chance to visit the Perfume Palace and Papyrus Institute if you prefer.

– Pick up services from your hotel & return.

– All transfers by a private air-conditioned vehicle.

– Entrance fees to all the mentioned sites.

– Bottled water on board the vehicle during the tour.